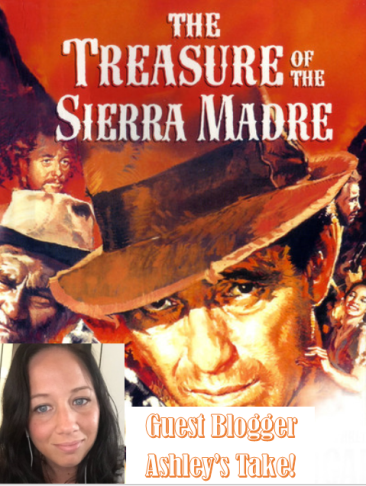 *Bogie Film Blog: While I have my “Classic Bogie Moment” for each film, Ashley has her “Humphrey Bogart Eyes Moment.” I like it. I like it a lot. It’s one of those terms that once you hear it, you can never forget it. Now every time I watch a Bogie film, I’m picking out “eye” moments left and right. The man knew how to use the subtlest of facial expressions to hold the camera, and those eyes were powerful. So today, I drop you mid-post again, so make sure you click on over to Ashley’s blog to finish it, then check out her Twitter and Letterboxd profiles! The gal LOVES film, and she’s a great follow!* 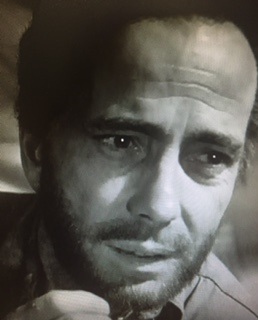 The Humphrey Bogart Eyes moment in The Treasure of the Sierra Madre came when Bogart’s Dobbs first sees the gold he and his team found. After struggling for so long, all Dobbs can think of is that he has asked a passersby for money for the last time. Dobbs is sure that he will never have to struggle again, as long as he can get home with his share. Almost simultaneously, Dobbs also becomes incredibly paranoid that his team is going to outwit him and crush the dreams he has for his fortune. The paranoia and euphoria captured on Dobbs’ face as the gold is weighed is the perfect Humphrey Bogart Eyes moment of The Treasure of the Sierra Madre, as only Bogie could capture it.

Head on over to Ashley’s blog to read the rest here!

*Ashley’s Take is part of the Take 2 series here on The Bogie Film Blog where we have guest writers give us there take on a classic Bogie film! You can read the rest of the entries here.*