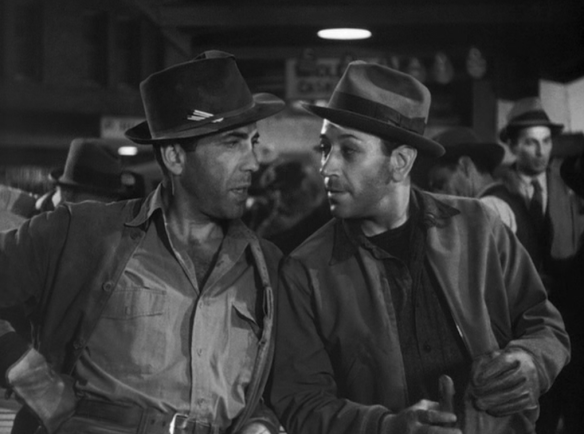 Number of Films that George Raft Made with Humphrey Bogart:  2

While Leslie Howard might have given Bogart a jumpstart on his film career by insisting on his casting in The Petrified Forest, George Raft could be given equal, although inadvertent, credit for helping Bogart when Raft chose to pass on some of the biggest roles that would go on to define Bogart’s career.

Tired of gangster parts, Raft passed on High Sierra.  If you believe the Hollywood apocrypha, it was Bogart himself that convinced Raft not to do the role – so that he could swoop in afterwards and snatch it up.  The same goes for The Maltese Falcon, which Raft supposedly turned down because he didn’t want to work with inexperienced director John Huston.  Raft even claimed to have turned down the role of Rick in Casablanca, although it seems that story might be more legend than fact.

Coming to Raft through Bogart initially left me scoffing at the actor for his poor career choices and his reported behind the scenes ego.  (Although, my starry-eyed fandom seems to conceal those same faults in Bogart as I continue this film-by-film journey.)  But as I’ve continued to watch Raft’s films, I’ve been won over.  In fact, I’ve grown to be rather fond of his reserved nature and bold confidence on screen.

Born in Hell’s Kitchen, trained as a nightclub dancer, and receiving his big break next to James Cagney as an uncredited dancer in Taxi!, Raft actually reminds me of a much more subdued version of Cagney.  He’s short, good looking, and has more charm than can be contained onscreen.  Yet, while Cagney was always bubbling over emotionally until an eventual explosion, Raft let his inner turmoil simmer far beneath the surface, reserved until his character could no longer avoid the inevitable blowup.

Sharing just two films with Bogart, they will forever be tied together by the career decisions that Raft made along the way.  Were they the right choices?  Would the films that Raft rejected have been as good with Raft in the lead?  I can’t imagine it.  But who knows?  If a few of his no’s had been yesses, perhaps George Raft would be considered Hollywood’s Greatest Leading Man. 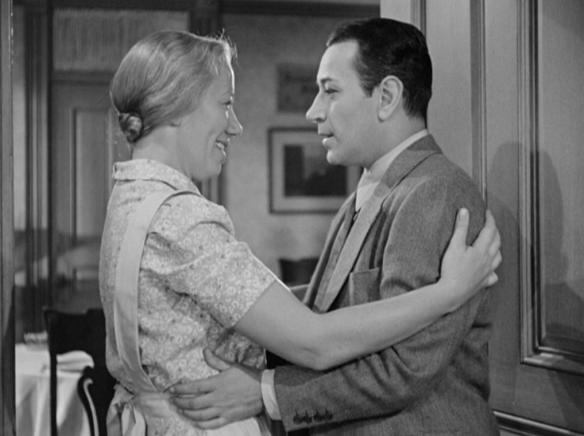 Raft plays Cliff Taylor, an ex-con who tries to turn over a new leaf after
being released from prison.  I can’t say enough good things about Raft in this one, as his relationship with his mother in the film (played by the amazing Flora Robson) is the heart and soul of the story.  The plot of a parolee who just can’t stay on the right side of the law might not be all that new and original, but Director Lloyd Bacon gives every scene room to breathe with an even, unhurried pace.  Raft plays this one close to the vest and has great chemistry with everyone in the cast.  Bogart even gets to come off as a likable gangster!  You can read my original write up on the film here. 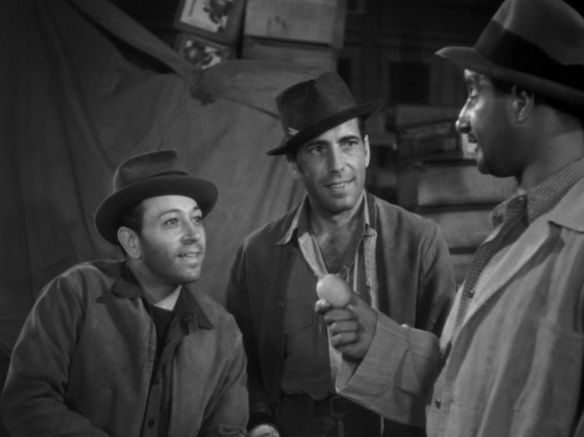 With Bogart and George Tobias . . .

Raft plays trucker Joe Fabrini, brother and business partner to Bogart.  Raft is relatable as the blue collar driver who’s trying to work his way from the bottom to the top of the shipping industry.  His time onscreen with Bogart is really well done as they’re able to pull off an authentic brotherly relationship.  Raft also has some really fun scenes with Alan Hale who eventually becomes Raft’s boss when he hires Raft to help run his trucking company.  And the way that Raft is able to create tension as he painfully dodges Ida Lupino’s romantic advances is some of the best work in the film.  While the plot devolves into an uninspired courtroom murder drama, this movie is still worth a look based on the first ¾ of the film alone.  You can read my original write up on the film here.