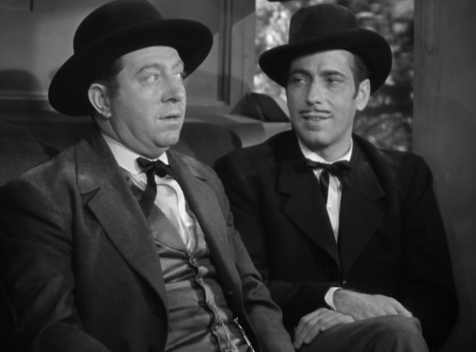 Number of Films Frank McHugh made with Humphrey Bogart: 5

I have yet to talk to anyone that doesn’t love Frank McHugh. Every time he pops up in a film, no matter how large or how small the role, McHugh always makes it better.

Starting out in the theater as a child before going on to work with nearly every big named star at Warner Brothers over the span of his lifetime, McHugh was a gifted character actor with incredible comedic chops and a face built for registering any emotion.

I honestly can’t remember the first time I saw McHugh in a film, but I know that every time he appears in one of Bogart’s, I can’t take my eyes off of the guy. Is it possible that he was as sweet, goofy, and personable in real life as he was on the big screen? I don’t know. But that laugh! Good grief, that slow, donkey-ish, I’m running out of breath, staccato laugh was so great!

I defy you to find anyone that knows who he is and still says that they don’t like him . . . 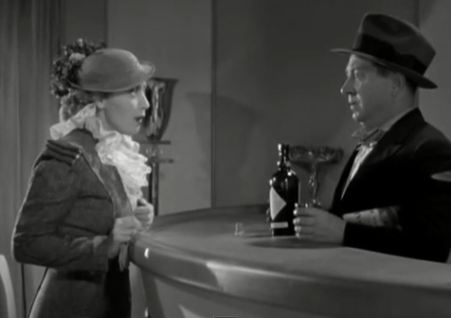 McHugh plays Herman, Joan Blondell’s numbers-running sidekick. The part is small, but McHugh works really well with Blondell as he mugs his way to stealing nearly every scene that he’s in. This film is a great example of how just a little dose of McHugh lends a lot of great comic relief to a movie. You can read my original write up on the film here. 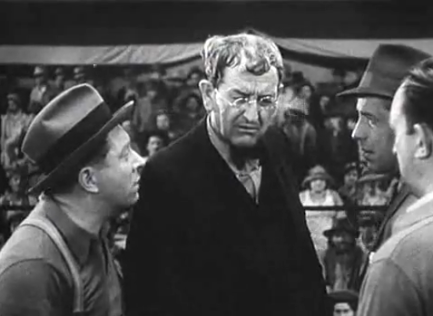 McHugh plays Popeye, one of the trainers that helps Bogart pull off a professional wrestling match out in the sticks of rural USA. The film’s gotten a lot of criticism for its over-the-top ridiculousness over the years, but I loved it. McHugh is great alongside Bogart and Allen Jenkins as they do a slightly subdued combination of The Three Stooges and The Marx Brothers. So often, McHugh played comic relief for semi-serious films, so for me it was a hoot to see all these guys playing for laughs in a screwball comedy. You can read my original write up on the film here. 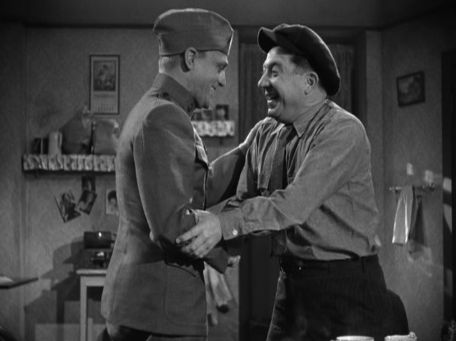 McHugh plays Danny, best friend to James Cagney’s returning war veteran. Out of all of Bogart’s films, this is probably McHugh’s most grounded role, as he seems to be playing realistic camaraderie with Cagney rather than outright comic relief – and it’s my favorite McHugh character that I’ve reviewed for the blog. Wouldn’t anyone like a best friend like Danny? I think a little piece of me died during McHugh’s final scene. . . You can read my original write up on the film here. 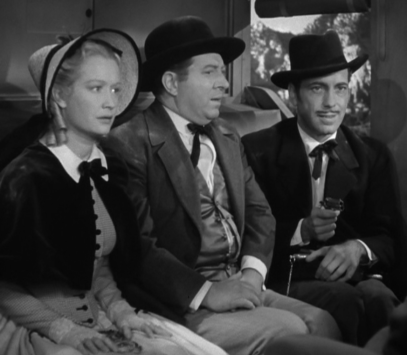 With Miriam Hopkins and Bogart . . .

McHugh appears briefly as Mr. Upjohn, a very nervous insurance salesman who gets robbed by Bogart on a stagecoach with Errol Flynn and Miriam Hopkins. While this film is probably best known to Bogart fans as the one with the HORRIBLE accent, his scene with McHugh is good for a few laughs, and even though it’s a tiny role, it’s always fun to see McHugh pop up. You can read my original write up on the film here. 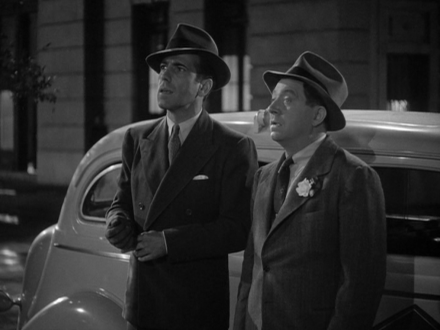 McHugh plays Barney, one of Bogart’s three sidekicks alongside William Demarest and Jackie Gleason. A gangster/WWII crossover spoof, I can’t say enough good things about this film. The comedy with McHugh, Demarest, and Gleason hits all the right notes, and McHugh’s nervous-nelly newlywed is one of the big highlights of the film. You can read my original write up on the film here.

*The Usual Suspects is a regular feature on the blog where some of Bogart’s best collaborator’s are given their own spaces to shine. You can read the rest of the entries here.