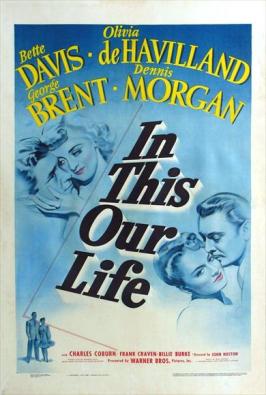 —A Thrilling Look at a Sociopath—

NO BOGIES out of 5 Bogies!

Here’s my first major disappointment while blogging about Bogart.  While I really loved this movie, it was a huge letdown for me to discover that Bogart is nowhere to be seen within it.  According to every online and book-bound Bogart filmography available, Bogart’s credited with a small cameo in the film.  IMDB says he’s an uncredited dancer on a roadhouse table.  The official Humphrey Bogart Estate site claims that he has a cameo as a tavern owner.  After a careful, frame by frame, examination of both bar/tavern scenes, I can definitively say that Humphrey Bogart is nowhere in this picture.

Directed by John Huston, rumor had it that Bogart, Mary Astor, Sydney Greenstreet, Peter Lorre, and a few others had appeared in the movie as background players for a scene to add a little “in-joke” for Huston fans.  Whether the scene was cut out from the film, or just a hoax to begin with, none of them are visible.

So!  Moving forward – while I’m disappointed that I didn’t find Mr. Bogart, I made a decision early on to blog about every Bogart film in his filmography, and this film is still listed in his credits!  (Plus, it’s a great movie and deserves as much attention as it can get!)

Bette Davis and George Brent are reunited for the second time on this blog (the first being Dark Victory) in a completely different kind of relationship.  Stanley Timberlake (Davis) is in a committed relationship with Craig Fleming (Brent), but she dumps him in a heartbeat when her brother-in-law Peter (Dennis Morgan) agrees to run away with her.

It’s a wild role for Davis, as she’s playing a much more ruthless, heartless, selfish, borderline-sociopathic role than usual.  Instead of using her girl next door charms to win over hearts, she uses them to slowly destroy her relationships with friends and family, and then to literally destroy several lives.  She’s a liar, a cheat, a scoundrel, and temptress – and it’s truly an amazing role for the young Davis.

One of the best things about the film is that we’re left to ponder one of the big unexplained mysteries of the script – why do Davis and de Havilland’s characters both have male names?  My guess (and perhaps it’s actually explained in the novel that the film is based on) is that their father wanted boys, and they were raised in a house filled with subconscious regret and resentment.  Could this have led Stanley down her road of deviousness?  Is this what hardened Roy’s heart to move on so quickly after her husband leaves her?  It’s not explained, and doesn’t need to be, but it’s a great bit to ponder long after the film is over.

This was my first viewing of In This Our Life, and I’ve never heard or seen much press on it before.  John Huston has filmed a great psychological drama/thriller, and I can’t recommend it highly enough.

He doesn’t factor in at all!  What’s the story?  How did this rumor start?  Was a scene actually filmed?  Did Huston find it too distracting to have all those famous stars in the background?  Was the scene cut from my newer copy of the film?  Is Bogart really there, but all we get is an elbow or the back of his head?  Was it a hoax started by a fan or reporter?  Does the scene exist but in a different movie?

There are two scenes that take place in a bar/roadhouse.  I watched them both on an HD screen multiple times.  If Bogart’s there, it’s so slight that it makes no difference.  Part of me wants to argue that it’s probably a hoax, as it would seem silly to get all those stars together just for a short joke.  But if they were all still under contract, they could have all been on the lot, and it might have been an easy shoot . . .

Either way, I’ve emailed the Humphrey Bogart Estate to ask them their opinion, and I’ll post it if I get a response!

George Brent and Olivia de Havilland were excellent as the spurned lovers, Craig Fleming and Roy Timberlake.  I thought Huston handled their courtship with perfection, and it was a much more believable take on how people fall in love in the real world, rather than with cinema magic.

Dennis Morgan has plenty of angst in the role of Peter Kingsma, Davis’ wild fling that goes horribly wrong.  I need to check out his other films!

Perhaps the standout of the film is Charles Coburn as Uncle William.  There’s a great scene in his den as Bette Davis tries to ask/flirt for money.  It’s here that we get the crux of Stanley’s tragic flaw as Uncle William explains to her that they’re both cut from the same cloth.  When they want something, they just take it – regardless of the consequences.

I’ll give Bette Davis an honorary nod here since Bogie’s not in the film.

There was a second in the movie that I was almost ready to give Bette’s wild home-wrecker one more chance.  She’s standing by her new console radio with her shoes resting on top of it, daydreaming about some unknown mischief.  As the music plays, she subtly begins to dance the shoes with her hands in time to the music.  It’s exactly the kind of thing that would have made me fall in love with her in any other film, and it’s exactly the kind of thing that creeps you out as you watch it here with Davis in such a dastardly role.

No Bogie, but GREAT Bette.  I’ll take it.